Back To Latest News

Photek has provided many photodiodes, photomultiplier tubes, and streak tubes to the diagnostics on the National Ignition Facility, and has worked with many of the research groups involved to improve those diagnostics with particular attention paid to the speed of response, dynamic range and high-speed gating capability. The collaborations have occurred over several years leading up to the most recent exciting developments…..

An experiment suggests the goal of “ignition”, where the energy released by fusion exceeds that delivered by the laser, is now within touching distance.

Harnessing fusion, the process that powers the Sun, could provide a limitless, clean energy source.

In a process called inertial confinement fusion, 192 beams from NIF’s laser – the highest-energy example in the world – are directed towards a peppercorn-sized capsule containing deuterium and tritium, which are different forms of the element hydrogen.

This compresses the fuel to 100 times the density of lead and heats it to 100 million degrees Celsius – hotter than the centre of the Sun. These conditions help kickstart thermonuclear fusion. 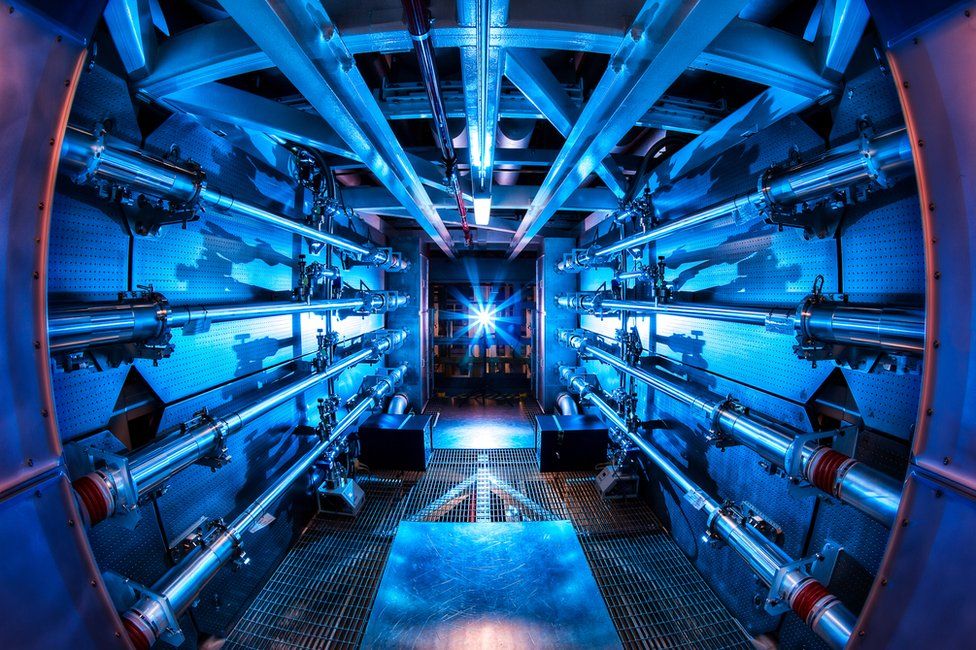